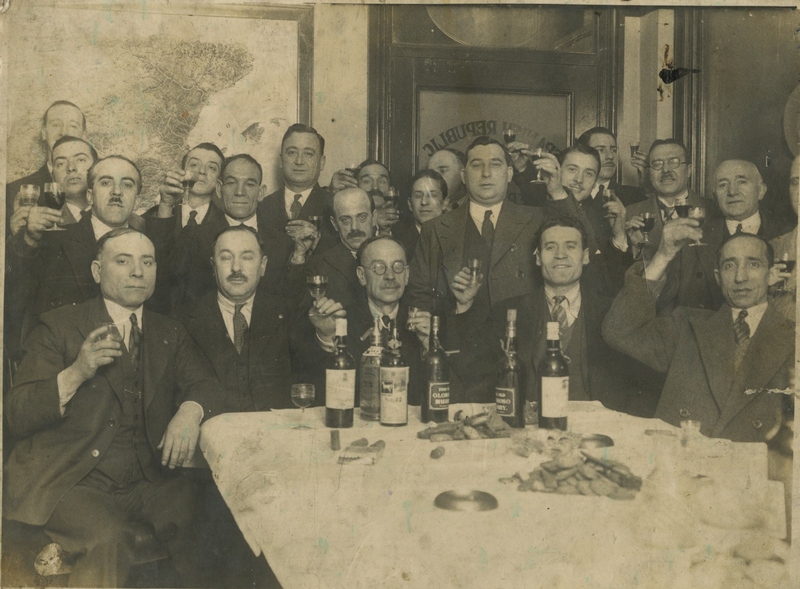 Possibly the Spanish Consulate in Liverpool - the writing on the glass door panel (reversed) reads 'Spanish Republic'. There is a large relief map of Spain on the wall.

Description of the Photo:
A group of 21 gentlemen in suits gathered behind a dining table, raising glasses of sherry in a toast. There are seven bottles on the table, including two labelled 'Oloroso Sherry', an ashtray, and plates of biscuits.

June 2016: Thanks to Frank Madariaga and Dominic Semple, we have identified our first three gentlemen! The man sitting on the left is Eduardo Mosquera Boedo, of 25 Hurst Street, and the man standing between the seated men 3rd and 4th from left is his brother in law, Paulino Lopez Torrado, of 54 Park Lane. The man sitting far right is Francisco Madariaga.

Additional information:
The Second Spanish Republic was proclaimed on 14 April 1931, when King Alfonso XIII went into exile. It ended when its government went into exile on 1 April 1939.